The big QA session for the Aqua Satellite project is done. The results are there were some major bugs in the code. With these bugs fixed, the data from NASA looks they way you'd expect it to. The unusual readings occurring for each footprint mentioned in this post are still there, but they're not enough to throw off the averages.

Major Bug Fixes
We'll take a look at all this data, but first, here's a list of the major bugs that were fixed:

● The Limb Check had values that were too small for some of the footprints in its lookup table. This is what was causing entire footprints to be dropped from the old QA checks.

● A subtle bug in the gnu C++ template generator was generating integers rather than floating point variables when working with floating point data. This was causing the decimal places to be chopped off, throwing off things like average values. This was fixed by getting rid of the offending templates and replacing them with a series of overloaded functions.

● The order in which I was grabbing data for daily and monthly summaries was wrong, causing data for one footprint to be displayed as another footprint. This has been fixed.

● The concept of daily and monthly minimum and maximum values produced by AMSUSummary was and is fundamentally flawed. For reasons why, see my post on Noise. Therefore, the concept has been replaced with averages for the lower third of the data and the upper third of the data. There's enough data that goes into these calculations that noise shouldn't be a problem.

What The Data Looks Like Now
The data displayed here covers the range of January, 2008, and January, 2009 through January, 2010. This is 14 months total of data. Letting the pictures speak for themselves: 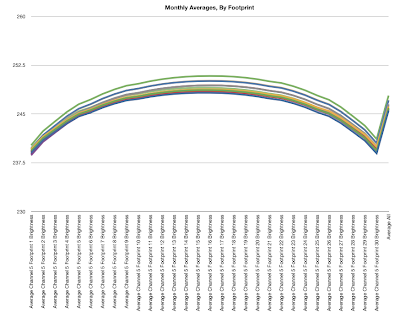 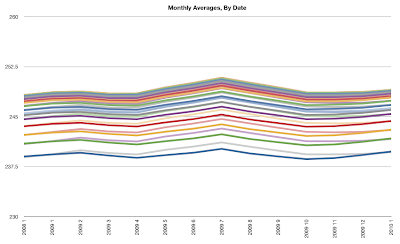 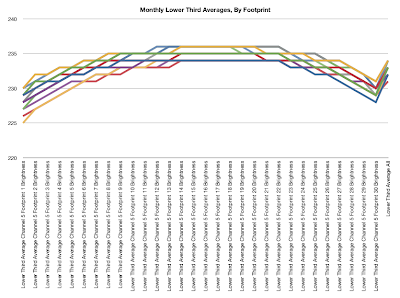 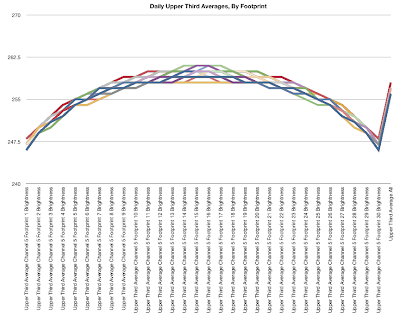 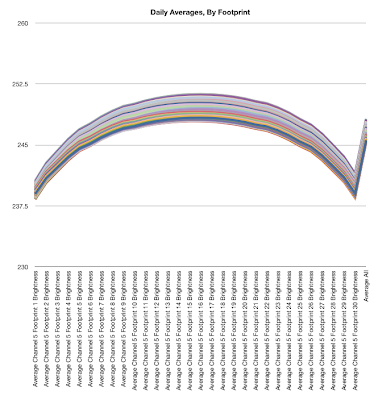 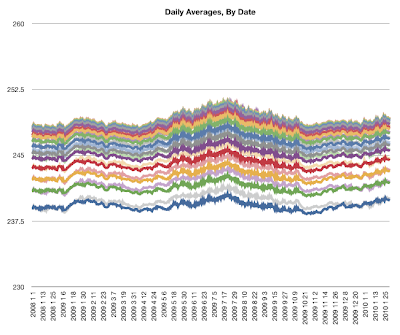 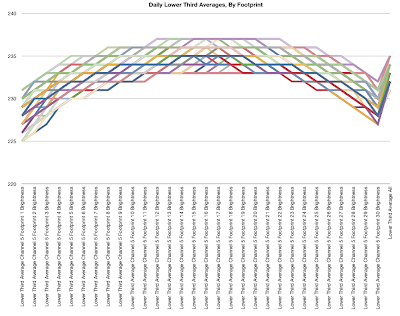 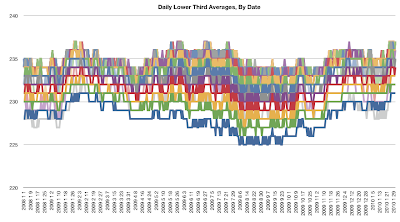 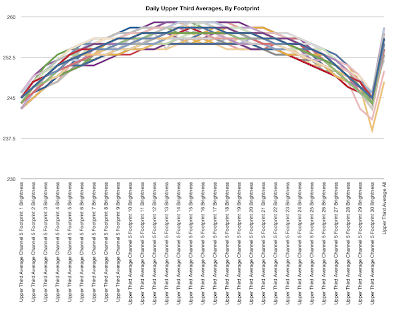 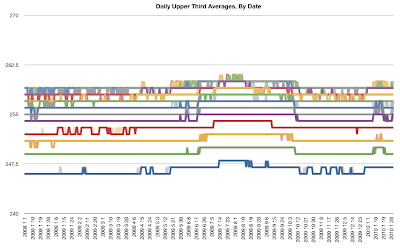 Daily Upper Third Averages, By Date
The upper and lower values look a little blocky. So I'll do some more QA on those. I also still need to QA AMSUNormalize. However, none of those things are enough to prevent this code from being released as part of Update 4. Update 4 will be released later today.

Previous Posts In This Series
QAing AMSUExtract
What's Wrong With This Picture?

Posted by magicjava at 7:35 AM