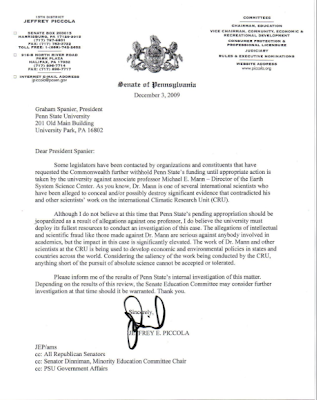 The Pennsylvania State Senate has written Pennsylvania State University regarding the investigation of Michael Mann, saying their constituents have "requested the Commonwealth further withhold Penn State's funding" until action is taken against Dr. Mann.

The letter goes on to say that funding will not be withheld for now, but the allegations of "intellectual and scientific fraud" are serious in any case, but are especially so in this case, as world economies are influenced by his work. It goes on to say "anything short of the pursuit of absolute science cannot be accepted or tolerated".

Just in case anyone's wondering, the Pennsylvania Senate is controlled by Republicans.

The picture above is the letter in full. The two pictures below are close ups of the letter. 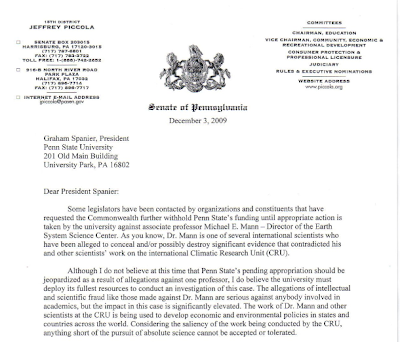